The War Knight is probably the most famous (infamous?) Isle of Wight wreck of WWI.

The story of the OB Jennings and the War Knight sounds almost unbelievable. Imagine a 16 ship convoy, one of the ships being a massive 7951 ton steamer and another an American tanker, colliding and setting off a chain of events lasting 10 days and involving fire, mines, torpedoes and gun fire – from both sides! 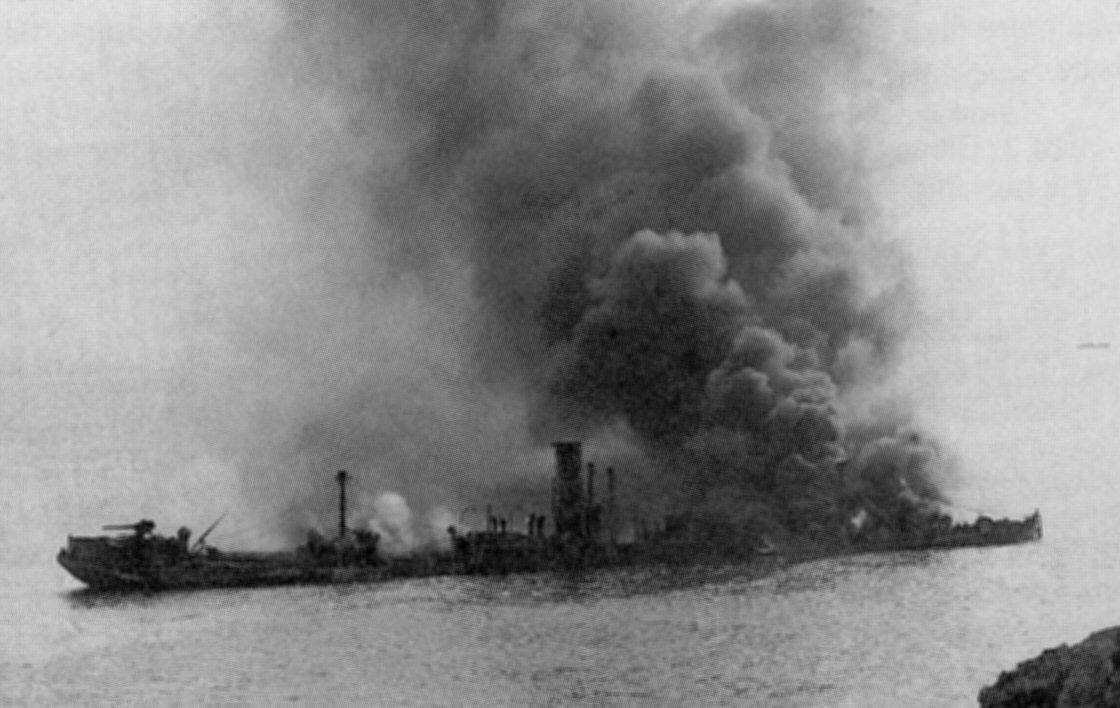 Well that's exactly what happened on the 24 March 1918 when the War Knight turned and crashed into the side of the OB Jennings causing a massive explosion killing everyone onboard both vessels. The OB Jennings was towed into Sandown Bay where she continued to burn for 10 days, finally being torpedoed and sunk by friendly fire. The Jennings was later refloated and returned to service, before being torpedoed again, but this time by the Germans 100 miles from New York!

The War Knight on the other hand was being towed to Watcombe Bay, when she unfortunately struck a mine laid by UC17 just off of the Needles. Finally the allies sunk her by gunfire to quench the fires which raged in her cargo of bacon, oil, rubber and lard. The onlookers from Freshwater were amazed to see the ration free selection of goods washed up on the shoreline. Ultimately 38 of the salvagers were detained and taken to appear in court at Newport!

The other interesting thing about the War Knight, and this is of interest to the ship anoraks, is that she was powered by a pair of steam turbines geared to the propeller shaft! The turbines and gears remain reasonably intact.