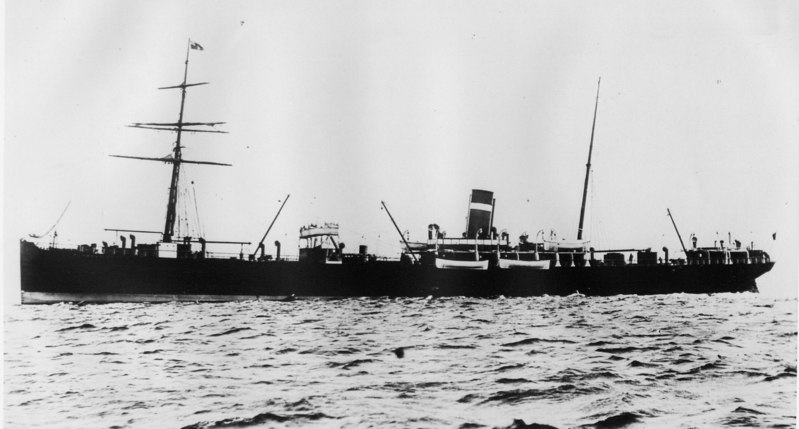 The Pomeranian was a British 381ft, 4,300 ton passenger and general cargo vessel built in 1882 by Earle´s Shipbuilding Co, Hull. She was originally named the "Grecian Monarch" for the Monarch Line but was renamed when sold to the Allan Line in 1887. With one funnel, four masts, iron construction and a single screw, she had a top speed of 11 knots, but boasted accommodation for 40-1st, 60-2nd and 1,000-3rd class passengers.

She was requisitioned by the government during WWI for use on the transatlantic route. Unfortunately she was spotted BY UC-77 on her way from London to Newfoundland, and on April 15th 1918, was torpedoed and sank with the loss of fifty lives.

Today the wreck, carrying a general government cargo, sits upright on the seabed - just keep your eyes open for the missing dozen brass diving helmets that remain on the wreck.