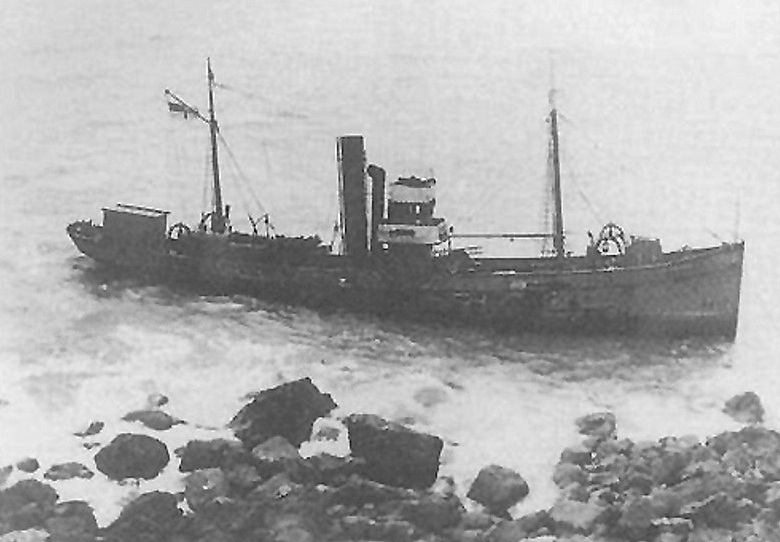 In thick fog on January 16th, 1920, she drove straight onto the rocks, north of Blacknor Point, Portland. Luckily local fisherman managed to get a rope from nearby rocks to the vessel and so saved all the crew. Later, during a salvage attempt, she slid off of the rocks and sank.

Today the stern remains as does the triple-expansion engine and boiler amidship.