The Fenna was a two-masted Dutch schooner of 172 tons constructed of timber in 1863. On March 11th, 1881 the Fenna was on route to Italy from the Netherlands but bad weather had caused the 18yr old vessel to leak badly. The crew were lucky to abandon ship just 30 minutes before she foundered and sank not to be seen again for over 100 years. 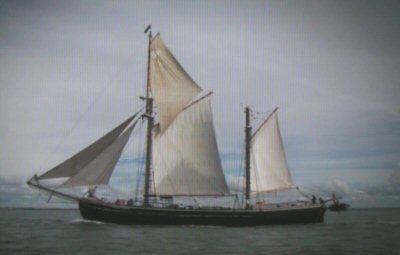 A Dutch Schooner similar to the Fenna.

The wreck today has pretty much gone but a large percentage of her 230 ton cargo remains intact. Piled on what remains of her wooden deck is an enormous 2.5m pile of what can only be described as neatly stacked 'railway tracks'. There are also a large quantity of glass sheets, encrusted in the original packing case layout. There are also the remains of nail barrels spread around the wreck.

This wreck is easy to find as the New Forest National Park Authority have attached a permanent buoy to the wreck as part of their Underwater Heritage Trail. They also have an interesting Fenna video on their website.