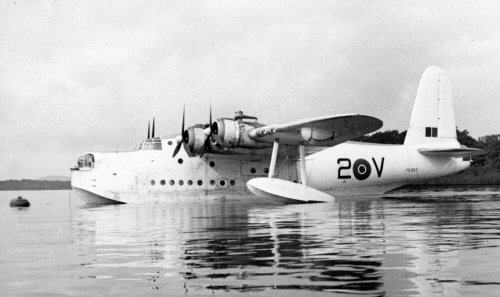 ML883 was a Mk IIIa Sunderland Flying Boat which makes it fascinating and equally confusing. Nowhere in the world can you see a Mk IIIa, in fact finding exactly what constitutes a Mk IIIa is almost impossible. Basically the Mk IV Sunderlands were rejected by the RAF and therefore as a stop gap measure some Mk III's were modified while they waited for the Mk V - but there was no standard. If you compare a Mk III and Mk V aircraft, a Mk IIIa can have a mix of the different features, depending on what was available at the time.

This is the only decent photo of ML883 we have found and clearly shows a mix of Mk III and Mk V hardware.

ML883 served with both Royal Canadian Air Force (RCAF) 422 and 423 Coastal Command Squadrons based out of Castle Archdale (Lough Erne, Co. Fermanagh, N. Ireland). This probably makes ML883 one of those aircraft that breached Irish neutrality during WWII by flying the Donegal Corridor, but this was not publicised at the time. 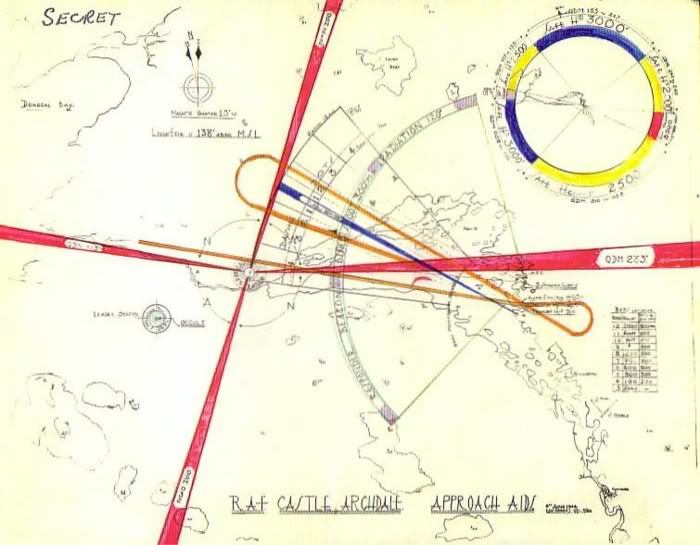 Although ML883 was based at Loch Erne, it seemed to get around quite a bit. On the 10th June 1944 it was at Pembroke Dock and on the 16th December 1944 it was at Calshot - but still assigned to 423 Squadron. It was on this final trip to Calshot on the 17th that a surface vessel struck her during a storm, and sank.

James 'Jimmy' Newall was a Flight Mechanic (engine) and Air Gunner with 423 Squadron and flew on ML883 on the 5th June 1944. He trained on the Bristol Pegasus engines used on ML883 over 60 years ago, but we are hoping he still knows where to find the serial numbers!

Today the wreck lies a couple of metres proud of the seabed at a depth of just over 20m. From the chart section below you can see why it's not a very easy dive! The proximity to the Refinery, Power Station, Active Lifeboat Station, Shipping Lanes, Harbourmaster (VTS), Moorings, Jet Skis and Sailing Boats as well as the current and general lousy visibility have protected this wreck well.

There appears to be minimal information on the loss of ML883 other than it "sank". A few days later it reports "replacement for ML883 received", and that's it.

Could this really be the wreck at Calshot? So far nothing has been found that proves it's not ML883.