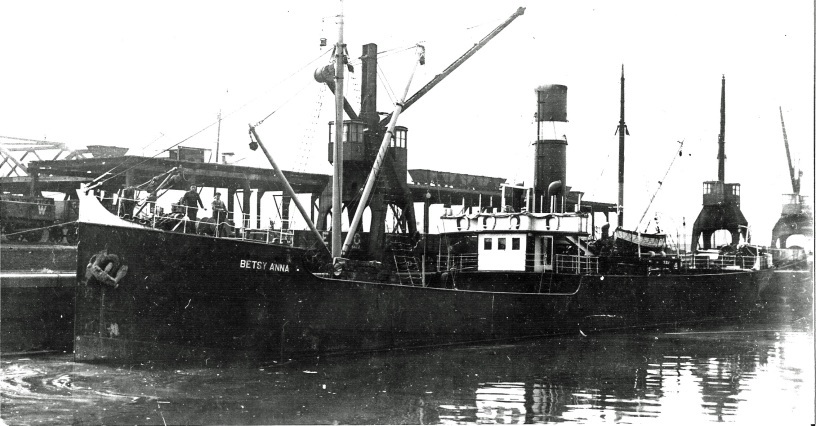 On a foggy day early in October 1926, the Betsy Anna struck Prawle Point in Devon. The salvers blocked the holes and refloated her intending to tow her to Cowes for repair. Unfortunately during a gale on October 11th, the tow-rope parted and her bow 'broke' resulting in her coming to rest on the seabed in the current position.