G-AGKY 'Hungerford' of Aquila Airlines started life as ML789, a Mk III Sunderland that operated with RAF Transport Command. It was sold off to the British Overseas Airways Corporation (BOAC) in 1944 and converted to civil us as a 'Hythe' class flying boat. Aquila took over G-AGKY in January 1948, and it was during this time that it became quite famous, appearing on a number of Qantas and BOAC posters advertising their long haul routes to the Far East and Australia. 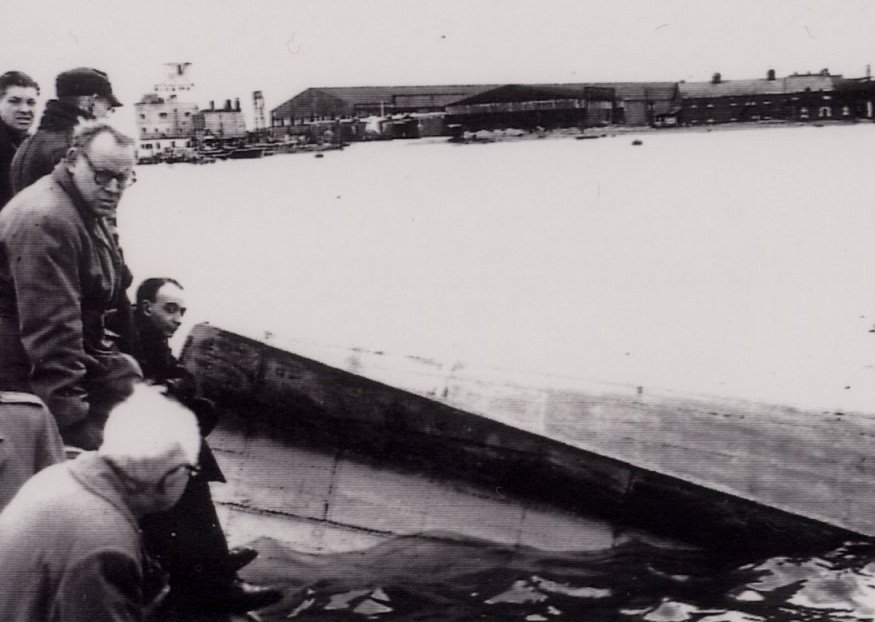 At 01:57 on the 28th of January 1953, while attempting to take off with 5 crew and 26 passengers heading to Lisbon and Madeira, G-AGKY got into trouble. As it headed down the Solent it struck a wave badly and the port wing float was ripped off causing it to list heavily and submerge the wing up to the outer engine. Luckily the nearby Fire Boat and Aquila launch managed to evacuate all passengers and crew by 02:15. The aircraft was subsequently taken in tow with the aim of beaching it at Calshot, but at 05:39 just within reach of Calshot it capsized and sank.

Calshot Castle and the RAF hangers can easily be seen in the background as G-AGKY floats upside down. From the location of the above photo, the fact the aircraft is upside down, and also it's facing roughly East, you'd be pretty sure this was the wreck discovered at Calshot. Unfortunately, there are two big problems with this suggestion;

1) At an Aquila Airways reunion in 2010 a number of ex-employees remembered this incident and reported that the aircraft was ultimately beached and scrapped.

2) No square windows have been discovered while diving the Calshot wreck, only round ones! 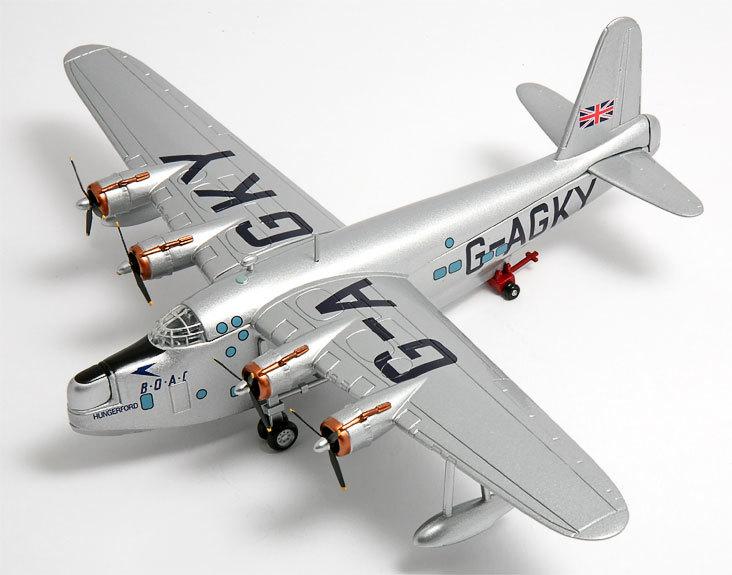 In 1999 G-AGKY was immortalised when Corgi released a 1:144 scale 'Classic Propliners' die-cast model of the aircraft. 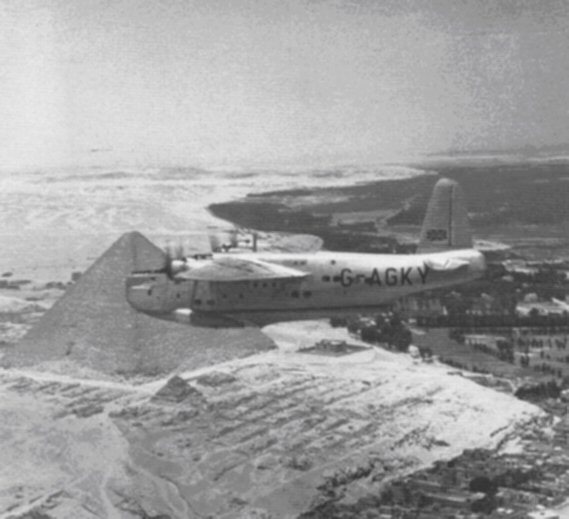